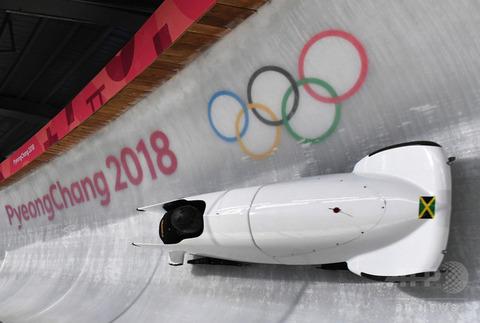 Although it was zero in knowledge of Bobsleigh, they decomposed the foreign-made sled and commented that "It's easy" and started making sledding.
→ http://Archive.is/ol12T
The final goal was to "accept the work from a foreign company such as Boeing, Airbus" instead of "making the world's best sleds", acknowledging the skill making skills to the world.
→ http://Archive.is/jSWjZ
"Shitamachi Bobsleigh" is such a naming that people in the downtown are doing their best, but actually it is a big project that more than 20 sponsors including large companies gathered.
→ http://Archive.is/kfRGq
They use over 80 million yen for development of sled.
http://Archive.is/aoUS8
But the GM of the project says "to make the dream come true" and work the people working at the town factory free of charge.
→ http://Archive.is/6Lx2X
However, the media made use of the stage called the Olympic Games to make books on moral textbooks, to make books and TV dramas, in an effort to create an inspiring story that "Japanese town factory technology will be active in the world".
Official twitter made a mockery that large companies in other countries are making sleds while they are developing sleds with support from large companies.
→ http://Archive.is/eYZWW
They pride themselves as "high technical strength of Shitamachi", but the Japanese delegation refused to use. So they tried to use sled with "to offer it free of charge" to the poor Jamaican team.
The Japanese delegation refused to use because their sleds were defeated by overseas sleds at the selection test.
In response to that, they said, "Our sled is inferior to sled made in overseas but" dreams ", so the national team should use the Shitamachi sleds."
→ http://Archive.is/vCdCM
Their negotiations did not have much, so the Ministry of Foreign Affairs negotiated and trusted the Jamaican team and signed a contract.
→ http://Archive.is/17FkI
They say that they support the Jamaican team, but in reality, if the Jamaican team gets results, he is thinking to instigate and strike the media against "not using Japanese sled while being the national team of Japan".
→ http://Archive.is/M5sDp
They suggested damages of 200 million yen to upset Jamaican citizens and athletes just before the event.
This is aimed to let the Jamaican team use Japanese-made sleds at the Olympic Games.
→ http://Archive.is/EXo2a
40: 芸能おkがお伝えします＠＼(^o^)／ 2018/02/16(金) 16:43:10.10 ID:D+MnOtzyd
>>3
これ昨日言われてた修正点がちゃんと直ってて草生える
55: 芸能おkがお伝えします＠＼(^o^)／ 2018/02/16(金) 16:44:25.17 ID:EJkB6bIZM
>>40
下町より有能やな
68: 芸能おkがお伝えします＠＼(^o^)／ 2018/02/16(金) 16:45:16.58 ID:3/AkShEY0
>>40
有能やね